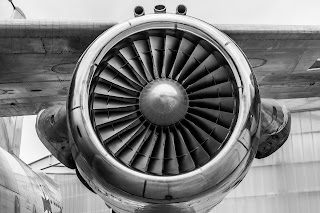 Let me tell you a story about a recent customer interaction with a service provider and how it proves that companies can still forget the ABCs of marketing.

Back in the 1970s, we were still learning the Four Ps (price, product, promotion, and place, as E. Jerome McCarthy laid them out). The marketing mix made for efficiency for both producer and consumer. The advertising cost per Pontiac might be $25 per car, but marketing Pontiacs beyond the state of Michigan meant your Tempest cost hundreds less than it might have otherwise.

Over the years, the letters have changed. The Four Ps of my college days was replaced in the early 1990s by Robert Lautenborn’s Four Cs. His client wants and needs replaced the “product” P; cost to the customer (which is “price,” really); convenience (“place,” imho), and communication (which I think just means “promotion”). Academic types called this Marketing 2.0, saying there was a shift that somehow put the consumer in charge. This confused me; I always thought that, even in the dark days of the marketing McCarthy, the goal was to find out what the consumer wanted, then get it to him at a price he’d be willing to pay, so he’d always been in charge. Maybe it made sense to draw that line in the marketing sand to indicate that more people than ever agreed with David Ogilvy that the consumer was not a moron.

How convenient that the next paradigm shift to Marketing 3.0 and the 4 Es was identified by Brian Fetherstonhaugh of Ogilvy & Mather (or is it more Marketing 3.0 to say @BrianOgilvy?). Now it’s all about the customer journey. So the Four Es are Experience (this used to be “product” or “client”); “Everyplace” (this used to be “place” or “convenience”); “Exchange” (this used to be “price” or “cost”); and “Evangelism” (what used to be “promotion” or “communication”). To me, however, these remain in essence the same old elements Professor McCarthy originally identified in 1960. Except somehow saying that a Prius is wholly different than a Tempest, despite both having four wheels, brakes, and a drive train.

But I promised you a story about a customer interaction. So here it is. A customer boarded a commercial airline flight in Charlotte, NC. The customer had a variety of ways to book and pay for the ticket; could easily select a price, flight, and carrier from among the several offered; and felt certain of arrival in Seattle at a time that would enable a few hours to catch a decent meal before needing to sleep.

But. Once on the aircraft and sitting in the assigned seat, an announcement informed all aboard that the aircraft was overweight. This meant a delay to wait for the temperature and wind to change. If they didn’t, eleven passengers would need to deplane. This confused the customer; in an era when an Uber can meet you anywhere in town within minutes of your request, how could a major airline not know how much its airplane needed to weigh to get off the ground – and book accordingly? Naturally, the flight crew was too harried to answer the questions that puzzled – and angered – the customer. The passenger instead began to question the expertise of the airline – in an environment when one major airplane manufacturer is responsible for two fatal airplane crashes – and decided to avoid the airline whenever possible in the future. Upon arrival, the passenger was hangry, unhappy, and too late to participate in the activity planned for that evening.

At the airline’s company headquarters, the math presumably worked out. The airplane launched and landed safely. Most passengers ultimately arrived within a half-hour of ETA. The airline’s stock price was unaffected. Executive compensation was unaffected. The airline even maintains its A rating at the Better Business Bureau. Presumably the airline doesn’t care about its horrible Yelp reviews (although Fetherstonhaugh might suggest it should). Still, the airline created two customers I know of who will not hesitate to share a story that the airline is not competent enough to understand how to fly an airplane.

In short, the airline failed in making the customer experience meet the customer’s expectations. In Marketing 3.0 terms, the experience majorly sucked. Was there a safety concern? Say so. Passengers are heavily invested in safety. Tell them what you’re doing to make sure they’re safe. I asked someone responsible for managing flight load for a different airline about this; he explained the many reasons weight could be wrong so late prior to a flight. Doing your marketing right means you should do it before passengers are crushed into too narrow a seat with too small a pitch only to be then told the plane is too heavy.

There are so many ways to do that. Celebrate the amazing science involved in making TONS of steel deliver hundreds of humans thousands of miles away in mere hours on a regular basis. Share that information online and at the gate and via text. Emails to booked customers sharing the sorts of issues that might occur. Display charts and graphs at the gate and on websites indicating the odds that conditions such as these might occur, or that a passenger might be bumped.

Because the customer is not a moron.

Welcome To My Portfolio 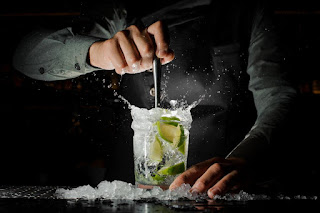 Cocktails of the COVID-19 Quarantine